When we hear the word Lyme Disease, we are quick to think about white-tailed deer and blame them for the spread of tick-borne illnesses; but the truth is, it starts with the white-footed mouse.

While it's true that deer do transmit Lyme; long-term research in the States shows that white-footed mice act as a reservoir, carrying the bacterium that produces Lyme Disease. While some wild animals, such as opossums, swat away ticks, this wild mouse will allow 50, 60, even 100 ticks feast on their bodies. 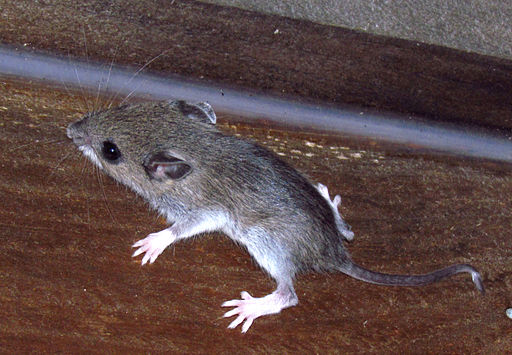 White-footed mice are found throughout most of the eastern United States and in Canada. They are similar to the deer mouse and belong in the same family. These wild mice are found from the Atlantic coast of North America as far north as Nova Scotia, west to Saskatchewan and Montana, throughout the plain states, and south into eastern and southern Mexico and the Yucatan peninsula. These small mice do not hibernate in the winter and will continue to be a nuisance during colder months.

Because of the winter climate factor, the white-footed mouse has been found in Eastern Canada - mostly in the Northern and Southern parts of Quebec.

Although we encourage home growers to keep deer away from gardens with garden fencing, we recommend homeowners take note of the dangers of white-footed mice, and install a poly deer fence with an added rodent barrier. Fences with rodent protection will give homeowners peace of mind that their families are protected from all types of wildlife species.