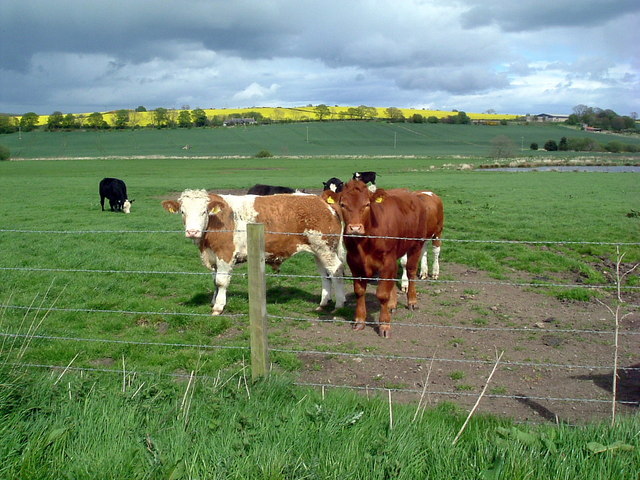 Named after a German veterinarian, Johne's Disease is a fatal gastrointestinal disease commonly found in livestock cattle, sheep and goats. It was first discovered in 1895 in dairy cows; and has since been sighted in white-tail deer and elk.

What is Johne's Disease?

The disease happens in the first few month's of an animal's life; but the animal may not show symptoms for many years, leading livestock breeders and livestock farmers to believe that these animals are relatively healthy. In deer and elk, symptoms come about 8-20 months after birth.

Deer and elk have a morality rate of 50% because of the disease. "Because this is mostly a disease of the intestines, it is logical that infection begins by eating the Mycobacterium organism. Because the organism is shed into the feces of diseased animals, it follows that Johne's disease is contracted by eating food or water contaminated with feces. Pasture puddles or water sources affected by field drainage from contaminated pastures are typical sources of the Johne's organism. Oral contact with contaminated surfaces such as udders and teats also leads to infection." (Western College of Veterinary Medicine, University of Saskatchewan)

Different signs of Johne's Disease are shown in cattle, sheep, goats, deer and elk. Cattle with Johne's Disease experience chronic weight loss and diarrhea, similar to the affects of sheep and goats who may or may not show signs of diarrhea. Deer and elk, on the other hand, may experience weight loss, but not diarrhea. The animals may appear normal for months but will not absorb nutrition because of the gastrointestinal disease.

Diarrhea in deer and elk may appear bloody and liquid-form, leading to a rapid decline in health or death.

Currently, there isn't a treatment for the malnourished animals which has become a problem for livestock breeders in Canada who are having trouble selling their diseased cattle, sheep and goats to other farmers.

"Researchers estimate that from 1 to 2% of mature Canadian beef cows and 2 to 9% of Canadian dairy cows may be infected with Johne’s disease." (Beef Cattle Research Council)

Why Should Farmers Worry About Deer and Elk?

Deer and elk can spread the disease to other deer herds and can lead to significant mortality rates in the herd. Livestock can also transfer the disease to deer and elk. If a deer or elk, raised in a deer sanctuary for example, is bottle-fed using affected goat milk, then the baby deer can become infected.

The best way to prevent Johne's Disease on the farm is to test animals at an early stage. Lab tests for cattle are much more common than testing of deer and elk. (It's estimated in Wisconsin that at least one animal on a farm is tested positively for the disease.) It's important to note that herds with the disease may sometimes test negatively.

To keep livestock safe from possibly infected deer and elk, DeerbustersCanada recommends that farmers install a deer fence around their property to reduce the transmission of the disease.