Wildlife showing up in unusual spots

All sorts of animals — deer, beavers, groundhogs, and birds — are turning up in unusual spots. Wildlife experts say the flood waters destroyed animals ecosystems, which has pushed them out of their homes.

They are warning the public to be patient and careful if they cross paths with an animal in a strange location. 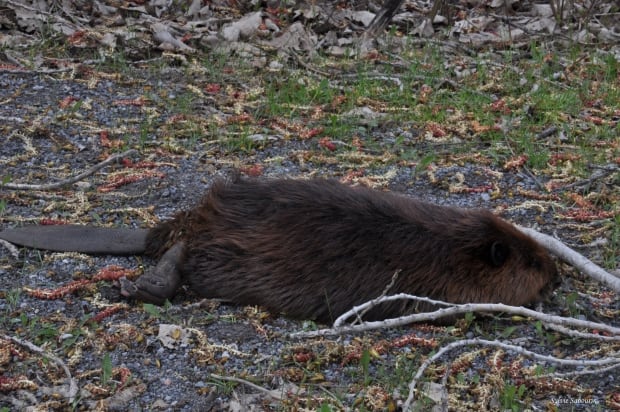 A Stittsville photographer captured this picture of an injured beaver on Victoria Island on May 7. (Sylvie Sabourin)

Sabourin doesn't know how the beaver became injured, but her theory is that the animal could have been washed away from where he was living, tumbled into the river, and managed to get itself out.

"I'm used to observing that kind of animal in a completely different context than beside a raging river," said Sabourin. "It's usually more like a wetland or marshy area. I was like, 'How did he get there?'" 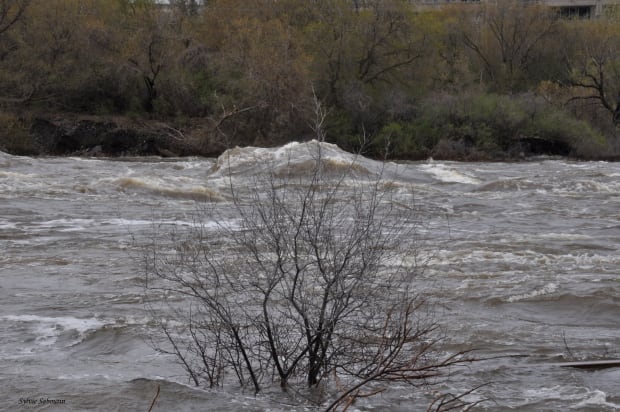 The raging flood waters a stone's throw from where an injured beaver had to be rescued. (Sylvie Sabourin)

Sabourin called for help. Two RCMP officers were nearby surveying the river.

What happened next doesn't get anymore Canadian.

One of the RCMP officers stood guard over the beaver until the National Capital Commission arrived, said Sabourin.

NCC conservation officers took the injured animal to a veterinarian where it slept overnight.

The NCC told Sabourin on Friday that the beaver was dropped off at the Rideau Valley Wildlife Sanctuary. 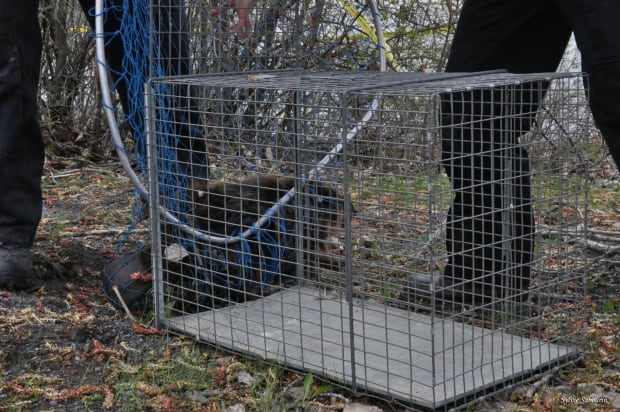 Wildlife experts say you can expect many more stories like this over the coming weeks. 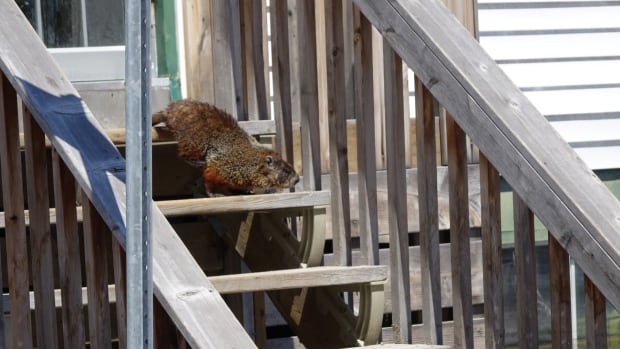 A groundhog finds higher ground on the steps of the Depanneur Saint-François on the flooded Saint-François-Xavier Street in Gatineau Quebec on Wednesday, May 10, 2017. (Ashley Burke/CBC)

CBC spotted a groundhog on the steps of the Dépanneur St-François in Gatineau. The store was surrounded by water, so the groundhog had nowhere to go.

Days later, there are reports it has died.

Other CBC reporters caught on tape several deer roaming around drenched fields near Lac Leamy, which raises questions about whether their woodland homes were destroyed.

'Be a little patient'

The president of the Ottawa-Carleton Wildlife Centre, Donna DuBreuil, said residents near flood zones can expect animals to show up in places like their backyards. She's asking the public to be extra tolerant of wildlife in unexpected places.

"This is the birthing season for all species," said DuBreuil, which often brings animals closer to people — and farther away from their predators.

Aquatic mammals like beavers and birds are particularly likely to be impacted, according to DuBreuil. Many birds nest in areas where the flooding took over, and their eggs and goslings may have been washed away by the flooding.

DuBreuil wanted to remind "people to just be a little bit patient and understanding that wildlife has been affected by this flooding as well."

As for Sabourin, she plans to keep checking in to see how the beaver she helped rescue is doing. She said it was heartwarming to see onlookers and authorities pull together to help out the injured animal.

"I find this really nice and full of hope," she said. 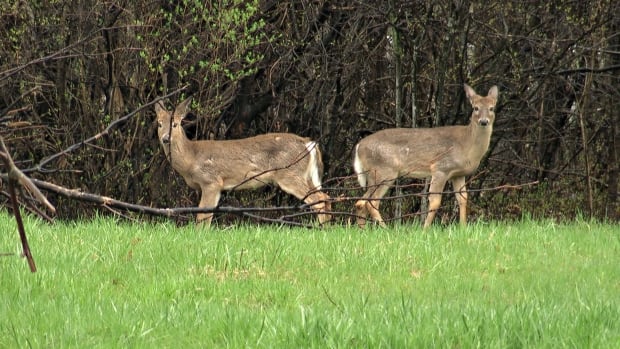 Deer spotted near Boulevard Hurtubise in Gatineau where the flooding damage is severe. (Jean Delisle/CBC News)