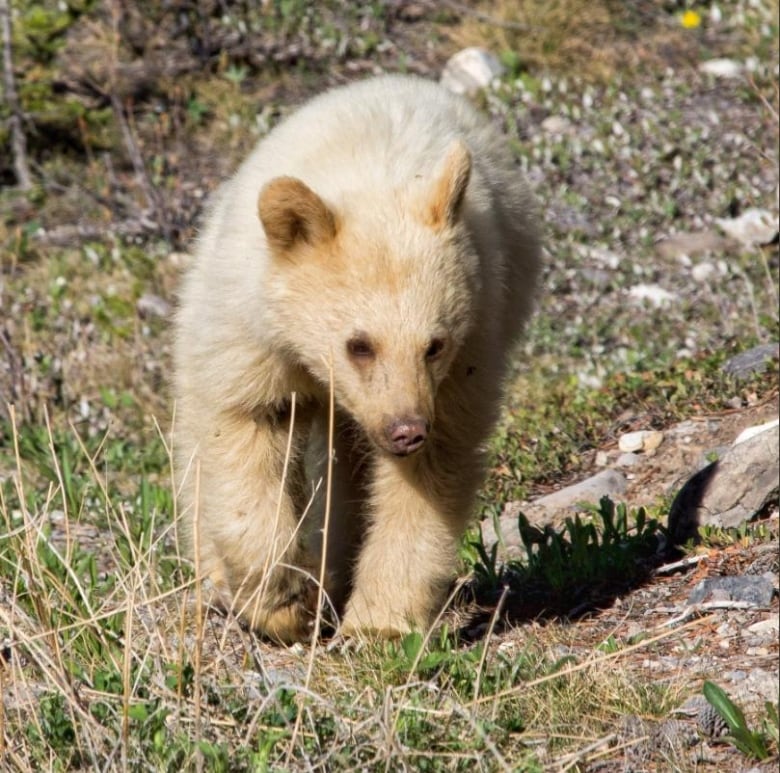 This must be the week for rare wildlife sightings. A real estate agent in Michigan spotted a rare black deer in his backyard; and now a white bear cub has been photographed in Kananaskis, Alberta by wildlife photographer Abdulla Moussa and Rafael Pernia.

The photograph is stunning and quite unusual as it shows a white bear cub alongside two other bears: one black, one cinnamon brown - all considered to be part of the same black bear family.

""I think it's pretty rare, like I don't know that there is another one in Kananaskis Country that park staff are aware of," said Moussa. "To spend some time to kind of observe them, the cubs playing around and … just hanging out, that was really neat." (CBC)

Moussa spoke with a conservation officer that suggested that the albino bear cub is not a Spirit Bear - a genetic variant and subspecies of a black bear - just a black bear with a different coat color.

During bear sightings, keep a safe distance and do not approach bears with food. Do not touch bears; and do not run from them. If in danger, stand tall and make noise.