How Much Do You Know About Albino Deer? 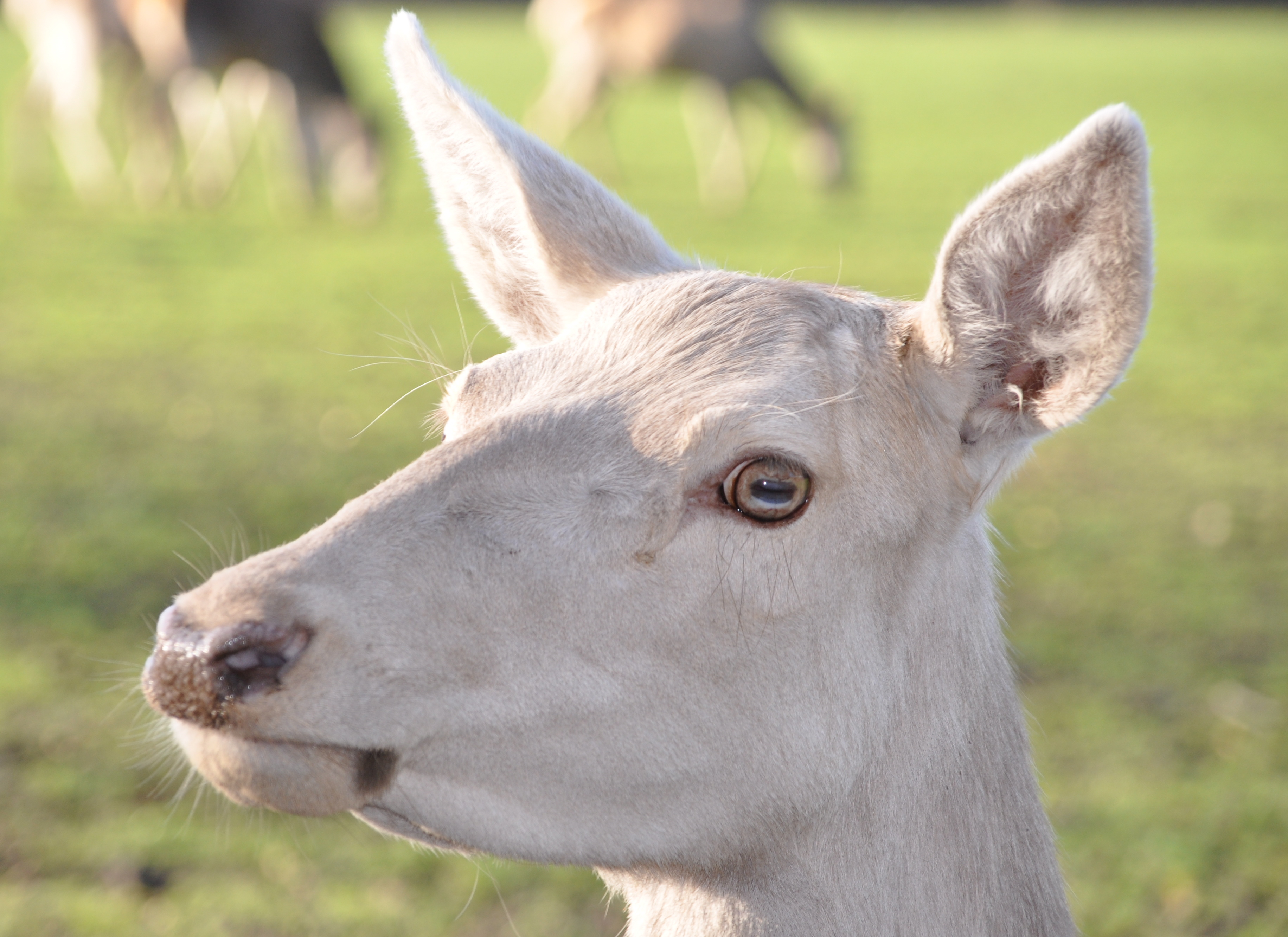 Albino deer are rare and incredibly unique. In fact, only one deer out of 20,000 will probably be albino! If you happen to see an albino deer, snap a picture for DeerbustersCanada. (Show Us Your Albino Deer Photo). It may be the last albino deer you ever see.

Seneca Falls, NY has a high population of white deer. Because the deer were protected for over 60 years, these white deer have a total herd of 800.

So, what causes albinism? How do they differ from regular deer? Let's find out:

Albinism is a recessive trait found in other animals including mammals, birds, fish and reptiles. Albino animals do not have the gene for normal coloration and thus cannot produce adequate coloring for skin, hair and tissue. This lack causes a total absence of body pigment. In addition to the lack of pigment, albino deer have pink eyes because blood vessels behind the lenses show through unpigmented irises. This means that their eyesight can be affected. Being all white isn't a great trait for an albino deer, as they cannot hide from predators year-round; unless they are in snow (advantage point). White deer are considered to be more aggressive than traditional brown deer. When fighting over food, the white deer usually gets the first worm over the brown deer.

“Scientists have explored how an albino’s white coat or missing camouflage affects them as prey. Sometimes albinos are noticed and captured more easily than normal animals. But in other instances, predators didn’t seem to recognize them as food. (Would you recognize white hamburgers as good to eat?) In studies where animals had many places to hide, predators captured albino and normally colored animals at the same rate. Coat color did not make a difference.” From Minnesota DNR bulletin on albinism: http://files.dnr.state.mn.us/publications/volunteer/young_naturalists/albino_animals/albino_animals.pdf.

Native Americans once believed that occurrence of white deer was a sign of huge prophecy - a great spirit that a major shift in the world would come. If a person saw an albino during the day, this meant that a ripple would happen sometime soon. Some believe that white deer means: higher thoughts, purity of soul, cleansing of the spirit or attaining higher knowledge.

White deer are both beautiful and magical. Whether you believe the superstitions about white deer or not, these albinos are striking to see. This is a partial reason that people become so upset when one is killed.